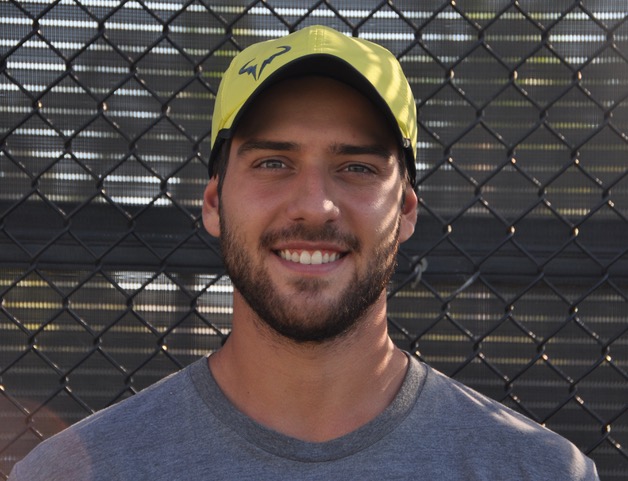 Giovanni Fragalle has been a Tennis Pro at Valter Paiva Tennis Academy since Giovanni was born and raised in Brazil, where he played competitive junior tennis and competed on the ITF Men’s Circuit. As a junior player, Gio became the number one player in the state of São Paulo for Boy’s 16s and 18’s.  Later on, he would go on to play more ITF Futures Events, ranking in the top 80 in the Brazilian Professional Rankings.

In 2016, Giovanni came to the U.S. to play college tennis on a scholarship and pursue his bachelor’s degree. Gio played for Cypress College where he won the OEC Conference and was elected the Player Captain of the Year for the Conference.

Giovanni graduated in 2020 from Holy Names University in Oakland where he played on the Men’s Tennis Team and received many awards.  He was the 2-time recipient of the Team Spirit Award as well as an ITA Academic All American.  As team captain, Giovanni was also part of the SAAC, working with student-athletes to improve the school’s program and athletic success.