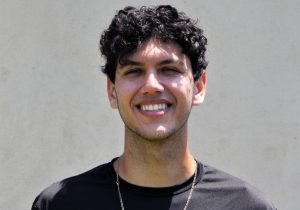 Kevin Diaz learned the fundamentals of tennis at the Tennis Public Project in Brazil. It wasn’t long before Kevin began participating and excelling in junior tournaments around the country. As Kevin was aging out of juniors, he met the acclaimed with Carlos Omaki who connected him with Valter Paiva.

Coaching the next generation of tennis players is one of Kevin’s passions. He draws on his firsthand knowledge of the game as well as his personal experiences as a competitive player. Kevin will often open up to his students about his own ups and downs in tennis. His willingness to share his triumphs and struggles with those he coaches makes him relatable and approachable, which in turn builds trust between him and his students. Kevin’s personal approach offers him more opportunities to give his players customized guidance. One of Kevin’s favorite things about coaching is witnessing a young player break through their own boundaries.

Along with coaching at the Valter Paiva Tennis Academy, Kevin would like to earn a college degree.