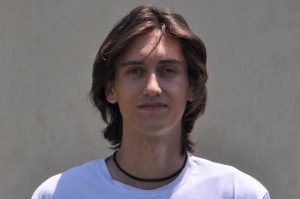 Lucas Diaz was introduced to tennis through the Tennis Public Project in Brazil. His talent and joy for the game was quick to grow. It wasn’t long before he was winning prestigious tournaments and climbing the Brazilian junior rankings.

When he was a teenager, Lucas returned to the Tennis Public Project; he wanted to give back to the organization that ignited his passion for tennis. He spent time assisting the coaches and helping to inspire the next generation of Brazilian tennis players. This experience led him to the Paulistana Tennis Academy in Brazil, directed by the distinguished Carlos Omaki. It was here where Lucas’s coaching abilities and skills blossomed.

Lucas’s experience as a successful, competitive, junior tennis player boosts his capabilities as a coach. He intimately understands what players need to make improvements in their game. Most importantly, Lucas can easily flex his coaching strategy to match the varying learning styles and needs of his students.

In addition to coaching at the Valter Paiva Tennis Academy, Lucas desires to earn a college degree in computer science.